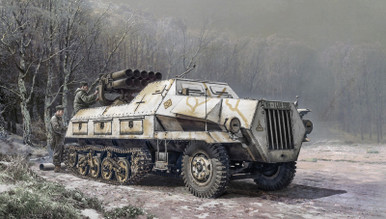 The use of multiple rocket launchers by the German army during the last World War was quite extensive, thanks to the low cost of production and the remarkable effectiveness of these weapons. The main drawback was the lack of mobility of these systems that exposed them to the opposing target roll, so this mobile version of the 150 mm rocket launcher, model 42 (the most widespread) mounted on the frame of the half-track Sd was made. Kfz. 4 Maultier, who was able to ensure good off-road mobility. The vehicle was also equipped with a light anti-shatter armor to protect the servants.